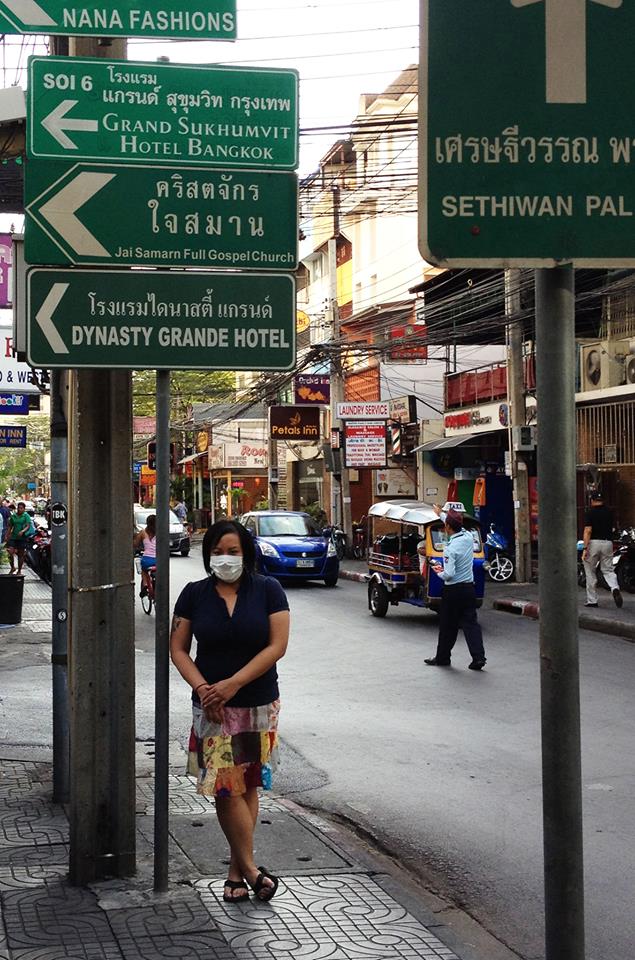 Why doesn’t anyone believe me? I am Vietnamese.

I grew up as an only child in a Vietnamese household surrounded by a 1980’s American southern town. Learning to speak English when I was at school while learning to speak Vietnamese at home posed plenty of innate challenges like getting an ‘r’ to not sound like a ‘wah’ and an ‘l’ to not sound like a ‘wah’….well, come to think about it, I spent a lot of time trying to not have many things sound like ‘wah.’ To top this off, I was not the stereotypical Asian kid…silky black hair, thin and almond eyes…I was the super-sized version with frizzy hair and wide eyes so I was often asked, “What are you?” As political correctness became more popular, it evolved to, “Where are you from?”

I was constantly asked this. And still am.

After my sarcastic responses that ranged from Conyers (the suburban city on the outskirts of Atlanta, Georgia where I grew up) to Yemen wore out, I now say Vietnamese with a sigh because I know the response every time will inevitably be, “Really? I would have never guessed.” And 99% of the time, I’m asked this by another Asian (literally, it’s the first thing they say to me after hello) so once I disclose my heritage, I get to hear how they are amazed that I’m Vietnamese because they themselves are Vietnamese and I look like no one in their family and surely I don’t look like anyone else in my family so there must be ‘something else’ in me.  It’s oh so fun.

When I booked my trip to Thailand as my first country in Asia to visit, I mentally prepared myself for this question to be asked of me throughout the entire trip. And since I tend to face my fears or annoyances in full force, I decided to include Vietnam as part of the trip to see if I could get to the root of all this confusion about me. And even more so, I wanted to understand what the fascination was behind always wanting to know which Asiatic country an Asian was from. Maybe it’s to gain a sense of community? That’s my best guess and maybe that’s why it’s never occurred to me to ask the same question because I have never felt like I was part of that community. Well, this is going into a completely separate subject so I digress…

Thailand surprised me. Not once in the week and half that I was there, was I asked where I was from. I even tried to coerce the question out of a few people I talked to by asking how long they lived in Bangkok, whether they enjoyed it etc to pry the question out of them. At first I thought maybe they weren’t interested in knowing more about me, but they would ask a barrage of other questions about my travels and history but not once was I asked where I was from.  In Phuket, I went to a local restaurant and even tried a “well, this is definitely not what I grew up with” to see if I would be asked but again, no questions about my heritage.

In Vietnam, I had the same experience. Time after time, I would talk to a local and not once was I asked that inescapable question. But what I did learn to do was to take full advantage of this, specifically when shopping. Bargaining is widely accepted when looking to purchase something so I would inquire about the price in English and ask any questions in English…and if it was something that I wanted, I would start bargaining in Vietnamese. Jaws dropped every single time I did this and I started my own little competition to see how far I could get someone’s jaw to drop.  The winner was when I saw tonsils.

And this is when I realized the answer to my question: Not one person that I encountered in Vietnam realized I was Vietnamese.

After I started speaking in Vietnamese, a few people would then ask me where I was from and again, it was followed by disbelief…and sometimes what I perceived as amazement…but every reaction solidified my acknowledgement that I did not carry whatever traits signify my heritage. I did talk to a few locals in length and learned that they had assumed I was a Westerner and well, a Westerner is a Westerner. It didn’t matter if I was from London or Detroit. They also talked to me about how in Vietnamese culture, it is very important to have a sense of community because in many areas, the community is just like extended family. I suspect this is the same for other Asian countries and it answered my question as to why I’m asked this so much when in America. Maybe they simply wanted to see if I was part of their community.

I thought this experience would bring some sort of enlightenment to my past and why I do certain things that I do…maybe feeling like an outsider all these years is why I want to experience the world to see if there is a place that I would ‘fit in’…maybe this is why there’s some reason I’m never physically attracted to another Asian…maybe this is why I love Asian food because it’s the only thing I can relate to…maybe this is all psychobabble that a therapist would say to me. Because I didn’t have any of these feelings. On the contrary, this experience gave me the most overwhelming sense of fulfillment. I was still an unknown in my own home country and I realized I was absolutely okay with that. I kinda felt like an undercover agent walking around the streets of Hanoi, knowing no one suspected I could understand what they were saying…and I like the fact that I’m a mystery to anyone who tries to guess my heritage because only I (and well, my family) know the real answer. So next time I go get my nails done, at the same salon I’ve been to for the past 5 years, and am asked yet again, “where are you from?” I will say, I am Vietnamese. And you?