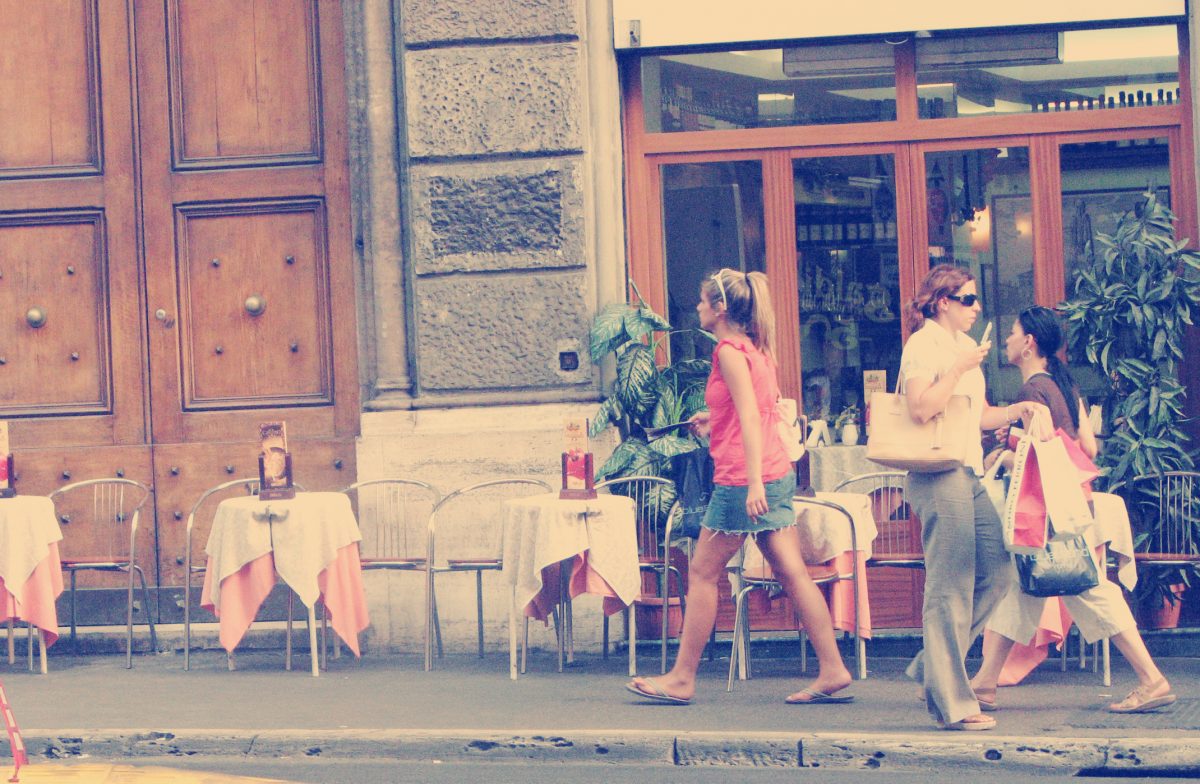 People in My Pictures – Italy

I love people. For the most part. Sometimes I prefer them to be far away instead of “all up in my personal space” like on a seat next to me while on an airplane ride or subway. What I don’t mind are having people in my travel pictures as I feel it captures a part of the everyday “life” and is a bit different than the typical building or landscape pictures.

So, here are some of my people pictures from my first time in Italy around 2007. I suppose this is my attempt at a photo essay??

People in my Pictures

I caught this jolly group walking down the stairs from a Univeristy and it seemed this nice, slightly tipsy gentleman was having a grand time. You can see he caught me taking a picture and right after I put the camera down, he yelled out, “Ciao, bella!” because of course, this is what men do in Italy. This picture makes me smile.

I call this one: “Newstand Man” not to be confused with “Candy Man” and don’t say it 3 times!  One of my favorites because of all the colors and lines of the magazines. Then we see this man pushing his glasses up…

Random snapshot of a group while we were exploring the ruins in Pompei. It seems every time they walked past me they were having some spirited debate.

I have no idea what this random conversation was about, but if you have ever been near Termini Station in Rome, it can get a bit crazy.  I can’t think of a caption for this….other than…get back in your car because you are in standing in the middle of traffic?

No set of pictures are complete without the mom and the baby and of course, the lost tourist, the nun and other randomness.

Vatican Museum – two workers having a chat while I waited in line.  I strongly recommend doing a group tour if plan on visiting the Sistine Chapel which is part of the Vatican Museum. You can get to the front of the line much faster.

See the line? The Vatican Museum gets TONS of visitors each year and it’s definitely worth it. You don’t go to Rome, without going to the Vatican to see the museum plus the Sistine Chapel. If you take a tour, you can get to the front of the line and take pictures of everyone else standing in line.

And for the love of God, go to church.

…because if you don’t, you might wonder where your salvation went. In your purse, the sky or hell…you have no clue?