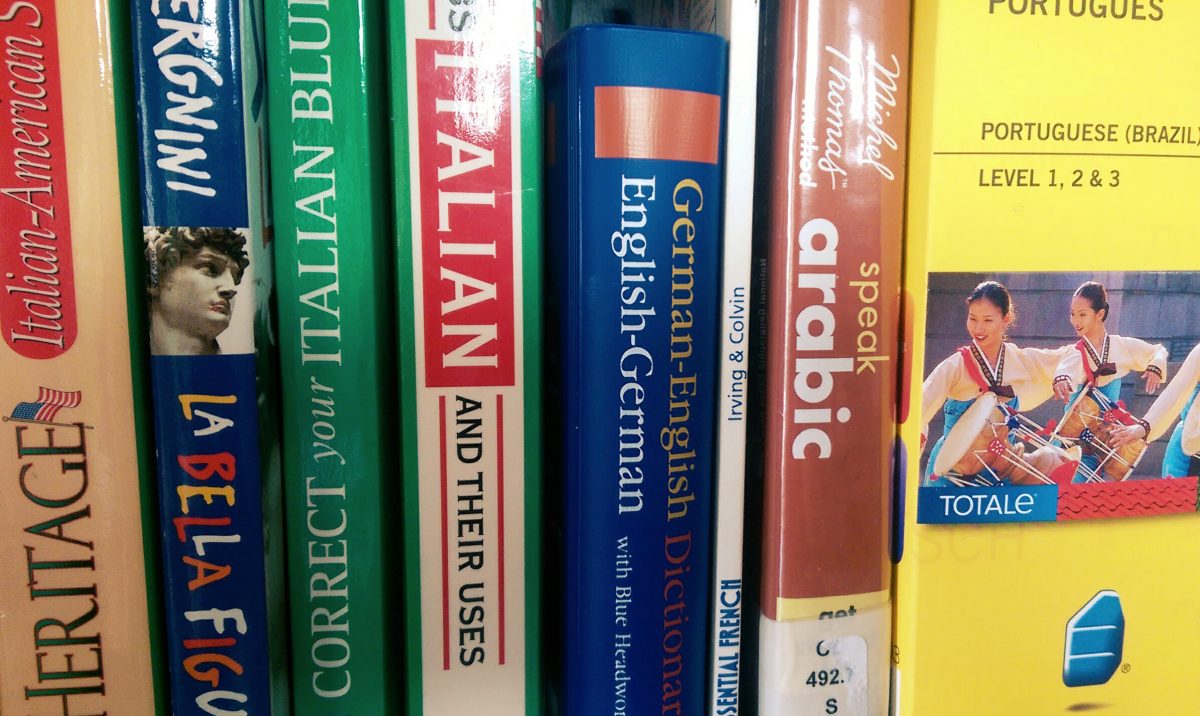 A polyglot, I am not.

I’ve definitely been exposed to various languages, including the kind that my Grandmother would tell me NOT to use in her presence. Whatever the f*&$ that meant…I dunno. I have definitely not mastered any yet and have made many language blunders.

My fascination with foreign languages started early in life when my brain was in a much more malleable state than present day.

Living in California at a young age, I learned Spanish quickly through semi-immersion meaning every Wednesday, Ms. Luna would visit my class and translate what my teacher was saying. He only spoke Spanish and getting a B in class was not acceptable whether I was being taught in my native language or not.

Later when I thought I was the shit at speaking Spanish, I was placing post-it notes of Spanish words all over household objects to help teach my grandmother the difference between “la sal” and “el sol”.

While spending a summer in Phoenix, my Uncle Steve had picked me up from my grandparents’ home (where the post-it notes were everywhere including the “piso”) to bring me along for a ride to go pick up an olive tree from an elderly lady’s home.
While I waited for him to load up the tree into his truck, I sat with this lovely lady in her small, dusty room that had floor to ceiling bookshelves jammed with all kinds of books shoved in at various angles just so they could fit. I am pretty sure that her wobbly end table was supported by a stack of books.

We didn’t say much for a while. Through the yellowish film on the window, I could see blur of my Uncle Steve struggle with the olive tree while fidgeting with his face mask. He’s allergic to olive trees.

“You can pick any book you would like as long as you promise to read it.”

Do I hear a challenge in the old woman’s voice?

Suddenly, the books seem to have tripled in quantity and began to hover over me.

You know this didn’t really happen, but in a kid’s mind if someone tells you that you can have something; a gift, it’s like – suddenly….so overwhelming that everything suddenly appears to be massive and weird shit happens.

So there goes my little nerdy-ass 9-year-old finger…. tracing along the books, leaving a clean, dustless trail until it finally rested on one.

Falling towards me was some more dust and a book that had a faded yellow cover that sort of matched the film on the window.

“I’ll take this one, please.”
She mumbled something, but not sure which language. I think I was too proud of my choice to notice what she said anyways.

Yeah. I read it.
With the help of a French-English dictionary compliments of the local library, because back “then” we didn’t have keyboards readily available under our fingers.
It took me awhile, but I did it.
I’m not even sure I still have that old book, but from time to time, I wonder what ever happened to the old lady and her books.
Years later, Uncle Freddie brings me a stash of things that someone was giving away and among the bounty of gifts was a German language learning book.
No, I didn’t read that one entirely, but I did learn that nouns are capitalized and I know what a der Ofen is.
Reading Leo Tolstoy’s War and Peace was much more enjoyable than trying to learn German.

No offense, but French was less of an assault to my ears.
I went on to study French, Spanish and Italian.
And now Portuguese since I will soon have a Brazilian Son-in-Law and I want to know all the bad things he says about me. I dabble with Arabic.
A polyglot I certainly am not, but knowing enough of those languages has earned me the title of the “linguistics one” from the Girls Gone Abroad team.
However, earning such a title does come at a cost of embarrassing language blunders. Allow me to share.

Confidently walking into a store, I asked a man, “Hai Franco Belli?”. He moves his glasses down his nose to “eye” scold me.

Whatever book he was reading, (which I am pretty sure was not “Les Jeux Sont Faits”), he slammed shut and walked away from me.
I asked if he had beautiful French (or Frank) when I meant to ask for stamps.

My grandfather did not get a postcard during this trip.

Know the difference between these two. Including how to say “Peanuts”.

For whatever reason, I often confuse these two which is not a good thing when trying to tell a security guard that I have the keys to the apartment we are renting which should serve as proof that we are indeed authorized to enter the unit.

Security guards don’t really like knives as they don’t hold the llaves to their hearts, they can only cut them out.

3. Line vs Queue, London, UK
While in London. I arrived to the club where I was meeting a friend who was already inside.

Shoving my finger further into my right ear so I could hear her better through my left ear pressed against the phone, “Huh?”
“CROSS it!”

A few moments later, my annoyed friend appears at the door of the club, asking me what the bloody hell is wrong with me that I can’t cross a line.
I swear I looked down at the ground and stared at it thinking…” What the f*&$!” (sorry, grandmother!)
You wait in a queue, not a line. How was I supposed to know this??

An Italian taxi cab driver insisted we were going to be married. I learned of my future all the way from Cefalu to Palermo.
I told him several times he was not going to be my dead.

When we arrived to Palermo, he cried.

Marito is much more romantic than morto.

You better believe that because of these mistakes and others I haven’t mentioned, I’ll never mess up those words again!

Now that I have told you four of mine, please share some of your language learning blunders so that I know that I am not alone.