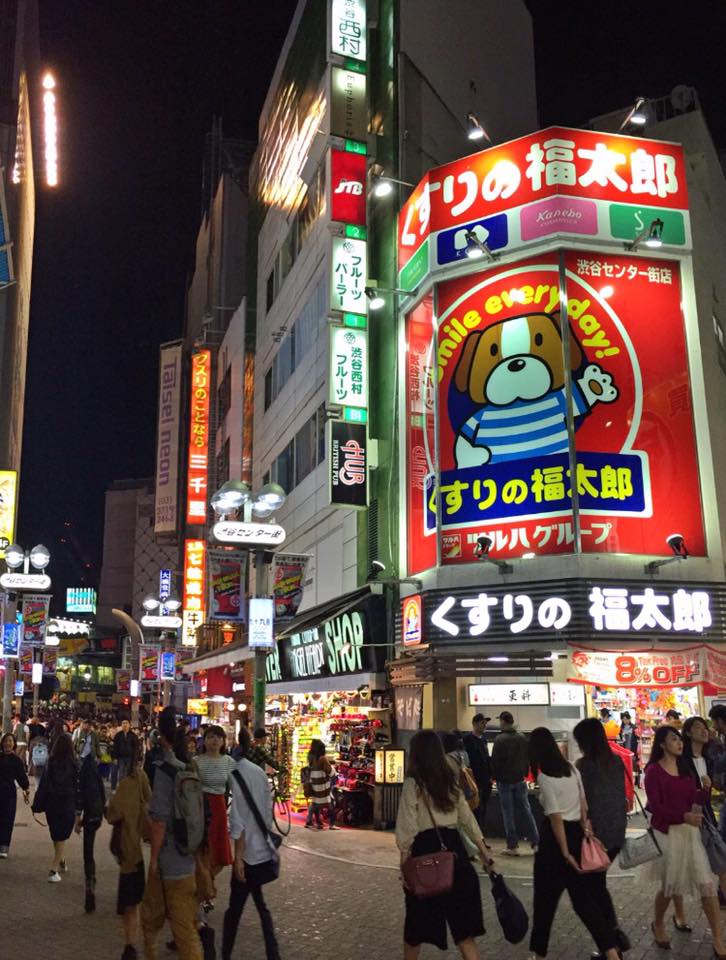 When you have the option of an 8 hour layover or 24 hours to experience an amazing city…the decision is easy, right? Well, it was an easy decision for me so I took the opportunity to spend 24 hours in Tokyo. But how does a girl make the most of this limited time?

The first thing I did was Google the “must-see” things in Tokyo. Not surprisingly, the list was extensive… museums, parks, restaurants, gardens, shrines, castles, monuments, neighborhoods…in one of the world’s busiest and trendiest cities, it was just too much. And there were plenty of top 10 lists of things to do or see in Tokyo but time was of the essence. I knew it would be a while before a made a trip back, so what did I really want to experience? Food and culture. After a fair amount of research and mapping, I determined the key areas I wanted to see, what was reasonable to get to without spending a lot of time commuting and the foods I wanted to try. Narrowing it down was harder than I expected but here is what I ended up doing during my 24 hour stint in Tokyo:

3pm: Checked into the Granbell Hotel and got settled. I chose to stay in the Shibuya ward of Tokyo as it was central to everything I wanted to see. Also, this was one of the few hotels I could find that had a ‘western-size’ room for a very reasonable price. This doesn’t mean the room was our typical size…this just meant that my bed wasn’t in the same space as my toilet and that I didn’t have to share my toilet. You’ll see further down why I was very very glad I made this decision.

4pm: Went to get fugu into my belly. Japan is probably the only country I would feel comfortable trying this deadly delicacy and walked to Tora-fugu Tei to try it. You can read more about this experience in my previous blog. This was a perfect mid-day snack as it was a light meal and paired wonderfully with some sake.

5:30pm: Caught the metro to Harajuku. First, riding the metro in any city is a great way to experience some local culture. I was amazed at how orderly and quiet everyone was on the train…in fact, throughout the entire city, it was rather astonishing how everyone methodically moved on the streets.

6-8pm: Meandered around Harajuku for a bit. The Harajuku girls were a sight for sore eyes and there were plenty of little stores to peak into, including a cute boutique I was able to get a souvenir for my lady. I could easily see myself spending a night out in this area, but I did not want to be a drunk mess so I caught the metro back to Shibuya.

8pm: Experienced a cat café. I’m more of a dog person but I heard so many stories about these cat cafés that I wanted to check it out. And it’s pretty much what it sounds like…a café where you can get some coffee or tea and coax kitties into letting you pet them. You do get some swanky slippers to walk around in and you pay by the amount of time you spend…about 350Yen ($3) later, I had had enough and missed my pup incredibly…he never makes me beg him for cuddles.

8:20pm: Walked to Alcatraz E.R., one of many popular theme restaurants Tokyo is known for. But after lingering outside for a bit, I decided not to go in and admittedly, regret that decision a little bit.

9pm: I was starving, so went to Ichiran for some Tonkutsu ramen. I didn’t realize ramen was such a big thing in Tokyo and it did not disappoint. This restaurant was particularly interesting as it had little booths for each individual diner so was a great choice for going solo. As for the ramen…well, it was certainly a good bowl of noodles. But I’m more a pho gal myself.

10pm: Crossed what is rumored as the busiest pedestrian intersection in the world in the heart of Shibuya. And it was jammed packed full of people but again, I was blown away with how orderly everyone was. Not one person bumped into me and I had at least a couple feet of buffer the entire way. It was like a living oxymoron. Then I walked up to the Starbucks that has a great panoramic view of this intersection while taking in a post-dinner latte.

11:30pm-2:30am: Relaxed at the hotel and made the decision to only take a nap because I wanted to go check out the infamous auction at the Tsukiji fish market, especially since it’s most likely moving to Toyosu in the near future. I just had to experience it at the original location. I went back and forth with this decision because I really wanted to sleep…but when in Tokyo, right?

3am: Arrived at the Tsukiji fish market and literally was the 2nd to last person that was allowed in. So it is true…even though the auction doesn’t start until 5am, you do need to get there early. And be prepared to sit on the floor of a small room surrounded by roughly 119 other visitors. I met some fellow travelers and was told about so many other things to see in Tokyo that convinced me that I must return one day.

5:30-7:30am: Experienced the auction (which was everything I imagined it would be…smelly and cold, yelling auctioneers, bells and whistles, and crazy expensive tuna) then walked around the fish market for some sushi breakfast. Yes, Japan is certainly the home of mouth-watering sushi…but, this is where my body apparently had enough. Within an hour after eating, I had to bolt for the nearest bathroom…very similar to what I experienced in Morocco but a bit more painful as I was about to board a 12 hour flight home.

8am-Noon: Went back to the hotel and there’s no delicate way to put this; I pooped my brains out the entire time…and maybe on the flight home too. On a brighter note, I lost all my vacation weight! I’m not condoning getting food poisoning, but at least it has one nice consequence.

Noon-3pm: So this is where my 24 hours came to an end as I headed to the airport to catch my flight home. The train I had a ticket for crashed (I’m still unclear with the situation) so it was a bit stressful trying to figure out how to get to the airport when no one spoke English…but I have to say, everyone I asked for help did seem genuine in trying and I made my flight. I was exhausted, dehydrated, hungry but too scared to try to eat yet ridiculously satisfied with everything I got to experience in Tokyo. Would I do this again in another city if given the chance? Absolutely. As for Tokyo, I came and saw exactly what I wanted but in the end, Tokyo conquered me….but I shall be back.